Rain is often used to symbolize renewal and regeneration in literature, film and music. It nourishes spring grasses and gives rise to colorful blossoms, and it also extinguishes wildfires and washes …

Rain is often used to symbolize renewal and regeneration in literature, film and music. It nourishes spring grasses and gives rise to colorful blossoms, and it also extinguishes wildfires and washes dry, dusty lands clean.

A steady spring rain seemed a fitting accompaniment to the arrival of the Lummi Nation’s House of Tears woodcarvers to Port Townsend Saturday. The purpose of the visit was showcasing the master carvers’ newest creation: a massive, 24-foot tall, 3-foot wide totem pole, made from old-growth cedar approximately 400 years old.

The group hopes carrying the totem pole on a journey across the country will inspire the public and the nation’s elected officials to preserve the sacred sites of indigenous groups and take steps to restore the world to its natural order.

Jewell Praying Wolf James (Se Sealth), a master carver with the House of Tears, said the group has been doing totem pole journeys since 2001 and originally began with a pole constructed for the purpose of healing following the 9/11 attacks.

After bringing a pole to New York, the carvers brought one to Shanksville, Pennsylvania — the site of the United Flight 93 crash — and another to the Pentagon.

“Since then we’ve raised totem poles at the National Library of Medicine as well and all across the nation and up into Canada, for various efforts of local communities trying to maintain a respectable and healthy environment,” James said.

“We’re all kind of hooked on consumerism and we have a high standard of living but it’s costing us a lot in the area of environmental balance.”

A LONG JOURNEY AHEAD

James said he’s worked with numerous community groups, church organizations and politicians, both on the local and federal levels, in their effort to “unite voices of concern.”

Among the causes outlined by the tour — dubbed “The Red Road to D.C.” — was the call to breach dams along Washington’s Lower Snake River.

Proponents of the effort say breaching the dams would help to restore historic runs of Chinook salmon to the region, which have dwindled since they were constructed. The journey will also advocate for the protection of sacred native lands threatened by corporate encroachment and government policy.

The journey will be the group’s longest yet and is expected to be broken into two parts, a West Coast tour and a cross-country trip to Washington, D.C. where the group hopes the journey will culminate in presenting the pole to the Biden Administration.

Along the way, the totem pole will make stops at various sacred sites, including the Snake River and also Bear’s Ears National Monument in Utah — the footprint of which was reduced by more than 1 million acres, or 85 percent, in 2017 by former president Donald Trump, following lobbying efforts backed by a uranium producer. Bear’s Ears is home to more than 100,000 archaeologically significant protected sites and the area is considered sacred by the local tribes.

“We need those sacred places, that’s what the movement’s about: protecting sacred sites and places,” James said while addressing a gathered crowd of about 150 people Saturday in downtown Port Townsend.

“Give us the opportunity to meditate, pray and believe that there’s something sacred in the world around us.”

In carving the numerous figures featured on the pole, James said the House of Tears carvers used a variety traditional hand tools including chisels, mallets and adzes. The group also made use of relatively recent innovations such as electric sanders and grinders. They also used commercially available paints to coat the pole in its vibrant hues and protect the wood from water damage and rot.

Jewell James said the idea of following the traditional method of painting a totem pole came up one day as he and his brother, Dale James were working away.

“My younger brother, before he passed away, he was carving a totem pole for the late Senator Warren G. Magnuson, I was telling him that the senator is going to want his pole painted,” James said.

James explained to his brother that if he didn’t want to use the “White man paint,” he would need to chew up the salmon eggs along with a little bark and spit the chewed material into a large bowl. Once the bowl was filled, it could be spread onto cedar bark.

By the time his brother would have finished with the first task, James said he would have returned with some black and white ash, cattail pollen and red earth. These all would be mixed to create paint the old way.

At the top of the pole stands the pale, round form of a moon and within it sits an Algonquin medicine woman.

This carving comes from an Algonquin story of a woman who wished to know when the world would end.

Looking up to the full moon today, James said, if one uses a little imagination, the medicine woman can still be seen in the craters and shadows on the surface of the moon, waiting patiently for her answer with her legs crossed and her head bowed.

“That’s part of our teachings in Indian Country,” James said. “Be careful what you ask for.”

“That’s part of the problem of the world. We ask for luxury, we want it to be easy,” he continued. “We’re the richest country in the world but we’re the biggest gluttons on the earth. We waste more, destroy more than any other population on the earth.”

A pair of Chinook salmon also adorn the pole. The salmon, James said, harkened to the purpose of the totem pole’s journey — advocating for the removal of dams to return the Chinook to their native runs.

“We want the Chinook back in the Elwha River,” he said. “The major rivers are dying. They’re telling people ‘Don’t go in the water’ across the nation. That’s the blood of the earth, we can’t go swim in the waters anymore.”

Near the bottom of the pole was a figure of a small boy trapped inside of a cage. This, James said, is a call to the ongoing crisis at the United States/Mexico border.

“What type of nation are we while we passively watch a 4-year-old go to court against federal prosecutors,” he said. “That’s the child in the cage.”

The pole is also embellished with Canadian copper, representing the tribe’s connection to their indigenous Canadian relatives, despite the border currently being closed due to the COVID-19 pandemic.

Standing beside the totem pole on the slippery steel deck of a flatbed truck — driven to Port Townsend by his older brother, Douglas James — Jewell James relayed to the crowd the Native American teaching that all creatures on earth carry within them a song that unites them.

“It is our teaching that all things at the time of creation had that power endowed into it,” he said. “If you have a kind heart and if you slow down in your life and if you are humble, and if you believe, you will hear those songs.”

“The symbols carved on the pole, we hope they will awaken something,” James continued. “We’re all indigenous to the earth; red, white, black and yellow. We all come from a mother, we all heard her heartbeat at one time. Those are the drums you heard … the mother’s heartbeat.”

A GATHERING OF TRIBES

Among those who braved the weather Saturday, were representatives from the Port Gamble S’Klallam Tribe, the Makah Tribe, the Lummi Nation and other local elected officials and speakers.

Jeromy Sullivan, chairman of the Port Gamble S’Klallam Tribe, welcomed the visitors in the absence of the would-be hosts: the Jamestown S’Klallam Tribe, which was still reeling after the loss of longtime Tribal Councilmember Kurt Grinnell, who died in a car accident the Tuesday prior.

“I just wanted to recognize our Jamestown sister-Tribe, they would normally be here doing this,” Sullivan said. “I totally respect their community and Tribe. I just wanted to say to keep them in your heart and prayers and we’ll continue with this good work here today.”

Joe Price of the Port Gamble S’Klallam Tribe led singers from the Tribe in songs honoring both the totem and their sister Tribe’s loss of a beloved member.

“We’re going to sing strong for them today,” Price told the audience before the group broke into song and drumbeats.

Port Townsend Mayor Michelle Sandoval thanked the Lummi Nation and the House of Tears for choosing Port Townsend as their first stop on the totem pole journey. The mayor said she shared in the concern for the protection of sacred sites to indigenous peoples.

“My people come from Mexico, and my family is Mexican-Indian and I am too horrified about what’s going on at that border,” she said. “So I just want to say that I am so honored for our city to welcome you all and for us to be able to see this beautiful totem.”

The appointment of Deb Haaland — a member of New Mexico’s Laguna Pueblo — as the 54th United States Secretary of the Interior, Sandoval said, gave her hope for the future.

“I have hope. For the first time, we have a native woman as Secretary of the Interior,” she said. “Change does happen and I hope that I can live to see more, but if not for me, for my children.” 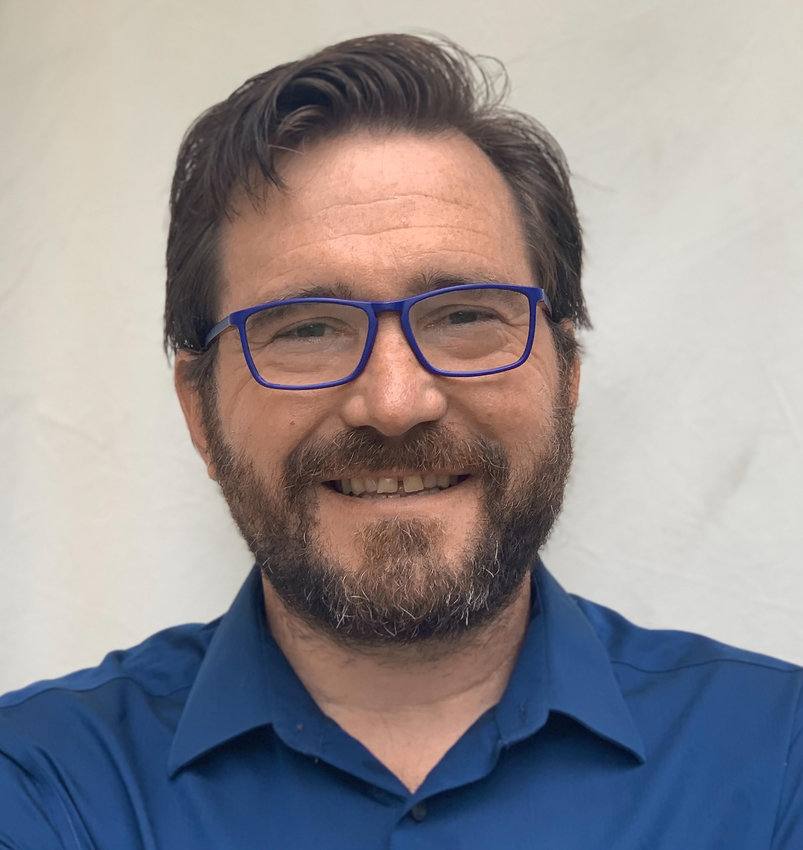