Back in the good old days of Port Townsend, “tourist homes” were not exclusive single-family rentals, but literal rooms in a family’s home. The homeowner was …

While Accessory Dwelling Units, or ADUs, like the ones shown here are an excellent choice for long-term rentals, city code forbids the use of ADUs for short term rentals, defined as housing used for a stay of under 30 days.
Illustration by Lauren Ehnebuske at Inhabit Design Drafting, used with permission from Housing Solutions Network
Posted Friday, October 8, 2021 1:05 pm
Laura Jean Schneider
ljschneider@ptleader.com

Back in the good old days of Port Townsend, “tourist homes” were not exclusive single-family rentals, but literal rooms in a family’s home. The homeowner was required to be on-site while guests stayed; the bed-and-breakfast model became a popular offering in the Victorian seaport.

Fast forward to present day, where “exclusive” bookings matter. Folks looking to vacation aren’t generally thinking about room shares anymore, and perhaps there are entire families looking for a place to stay that feels like a home away from home. While some have the luxury of being able to spend several months in a single abode, and thus are exempted from the red tape of short-term rentals, many vacationers are looking for something 30 days or under.

But here’s where the waters get murky. What’s a legal rental, what’s not, and are short-term rentals impacting affordable housing in Port Townsend?

Lance Bailey, development services director for the city, said according to a city ordinance penned in 2017, a vacation rental must be a primary residence. No more than two rooms that share an entrance to the home can be rented out, with a maximum of two people per room.

Hotels, motels, tourist homes, and bed-and-breakfasts all fall under this category, but the later two have special land-use provisions.

“Maintenance of the city’s existing residential neighborhoods is essential to its continued community vitality and economic security,”  the ordinance states.

While some accessory buildings built before 1989 in Port Townsend have been grandfathered in, it’s otherwise illegal to market an accessory dwelling unit (ADU) as a short-term rental in the city.

Impacts can range from irritating, such as having a revolving set of temporary neighbors, to illegal, where off-site owners rent out their home for short-term stays on platforms like Airbnb and Vrbo.

“Airbnb in particular, has fought cities against regulations,” Bailey said, adding that he received an unpleasant letter from one of the company’s regional directors in Seattle who’d caught wind of the 2017 ordinance.

Long-term rentals are not subject to the same restrictions: Off-site owners can rent multiple buildings on the same property. However, Bailey has found that some short-term rentals pose as a month-plus offering but really only rent weekly.

Another method of undercutting the system is posting rentals online after 5 p.m., and removing them before 8 a.m., taking advantage of city work hours.

While the local community grouses about such infractions, Bailey noted that the city doesn’t receive a proportionate number of formal complaints.

Ultimately, the motivation to insist on legal rentals is up to the taxpayers, he said.

“If it really is something that important to the community,” Bailey said, “they need to partner with the city.”

The ordinance is crystal clear about homeowner responsibilities, should they apply and be given a conditional-use permit for short-term rental status. Owners must be home while renters are booked, provide proof that the lodging offered is indeed their primary residence, and can only rent out single-family dwellings.

Would-be short-term rental owners pay a $25 application fee to submit for a temporary-use permit, procure a business license with the city, and pay a permit reviewing fee of $609, which must be paid whether or not the permit is approved.

All legal short-term rentals are also required to post a copy of the business license number issued by the city on any advertising materials.

While Bailey said he hasn’t seen many applications for short-term rentals during the pandemic, as people want to mitigate exposure in their homes, the city’s single code compliance officer left nearly a year ago. New hire KT LaBadie, who started just a month ago has an overflowing plate.

WHY COMPLIANCE IS KING

Because accessory dwellings take advantage of existing infrastructure such as water and sewer lines, “We highly encourage ADUs,” Bailey said.

He noted that Port Townsend was the first city in Washington to allow them in code.

“We’re seeing more ADUs,” he added, stating that the city is at work on a virtual dashboard that will allow the public access to the permitting process for further transparency.

In the future, Bailey said, a list of pre-approved ADU plans may be implemented to expedite the building process.

Such dwellings are perfect candidates for long-term renters in the area, but if rented out illegally, can undercut affordable housing.

People renting out homes illegally do not pay lodging taxes, do not comply with code, and are not held responsible for health and safety issues, potentially putting guests and neighbors at risk.

By holding out for higher-pay/shorter-stay clients, under-the-radar renters help perpetuate a limited supply of rental properites and may be forcing people into questionable living situations.

Bailey agreed that many renters seeking long-term housing are in a bind.

“They don’t want to report an issue not to code, because substandard as it is, there is no other choice,” he said.

Bailey said keeping property owners accountable for actions that can have a detrimental impact on others is a community effort.

“It’s hard to address from our level,” he said. 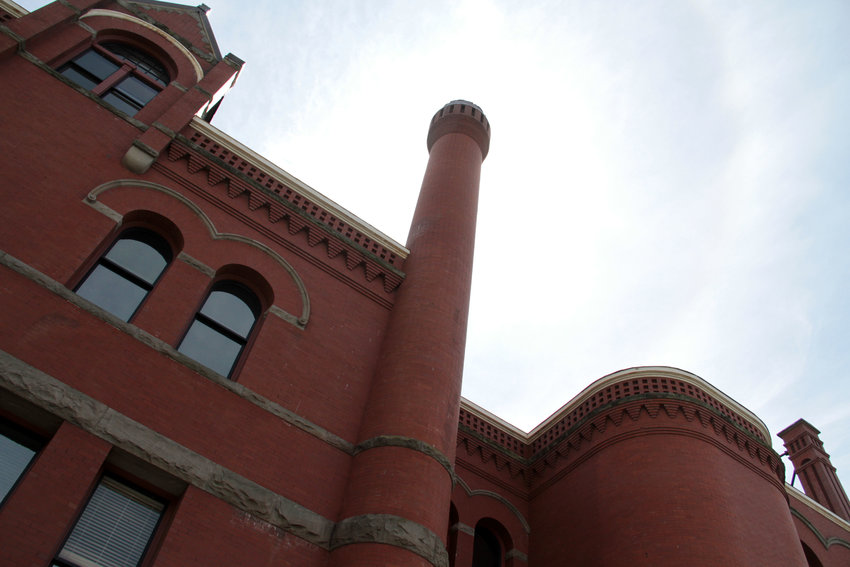