A team of Mount Everest climbers from the United States, Russia, Kazakhstan, Ukraine, Belarus and China plan to come together in Seattle on Sept. 17 to celebrate the 25th anniversary of the Mount …

A team of Mount Everest climbers from the United States, Russia, Kazakhstan, Ukraine, Belarus and China plan to come together in Seattle on Sept. 17 to celebrate the 25th anniversary of the Mount Everest International Peace Climb.

Their goal: nothing less than to turn the attention of world leaders to peace and a healthy environment.

The driving force behind the celebration is renowned American mountaineer Jim Whittaker, a long-time resident of Port Townsend, who on May 1, 1963, became the first American to summit Mount Everest.

"This Peace Climb team aims to send a powerful message to world leaders that countries must work together to solve world problems," Whittaker said. "What people everywhere want is a safe and clean planet for their children and their grandchildren."

In the spring of 1990 - when the U.S., China and Soviet Union were Cold War enemies and real war was not unthinkable-Whittaker organized and led the Peace Climb on the Tibetan side of Mount Everest, with a team of mountaineers from these enemy countries.

THE MOST SUCCESSFUL CLIMB

Despite language barriers, foul weather, equipment failures, illness, and the occasional squabble, the expedition was ultimately successful. Over a four-day period, 20 climbers reached the peak-an achievement the "Guinness Book of Records" termed "the most successful climb in Everest's history."

A member of their expedition became the first woman from the Soviet Union to summit the mountain.

"With so much tragedy and death on Everest the past couple of years, we want to show the mountain can also be a positive symbol," Whittaker said. "In 1990, our team proved that tremendous heights can be reached by working together in cooperation and friendship toward a common goal. But 25 years later, the earth is warming and the drums of war still beat."

NOT JUST ABOUT CLIMBING

Climbing the mountain together was not the expedition's only goal - it also had an important environmental message.

"1990 was the 20th anniversary of the first Earth Day," said Whittaker. "Standing on the highest point on earth, where there is not enough oxygen to keep you alive, makes you realize how fragile this planet is. We have to take care of it, and clean up the mess we've made."

Whittaker's team decided to make the first proactive steps themselves, removing more than two tons of garbage from the slopes of Everest.

"When our team left base camp, you couldn't tell another human had been there," he said.

The team plans to gather in Seattle and travel together to Mount Rainier National Park, where they first met in 1989 and trained in preparation for Mount Everest.

An official ceremony is planned at Mount Rainier on Sept. 21, United Nations International Day of Peace, followed by an anniversary celebration dinner in Paradise Lodge.

"We've invited the leaders of our countries to talk to the team on Mount Rainier, just like they spoke to us on Mount Everest in 1990," said Whittaker. "Presidents (H.W.) Bush, Gorbachev and Li Peng all called us. They sent congratulations and said that working on behalf of world peace and a clean environment was the most important thing we would ever do. It would be great to hear the same message from today's leaders."

The 1990 Peace Climb was notable not only for its success on Mount Everest, but also for saving the life of the young son of one of the Soviet climbers, Rustem Gorbenko, who was born with a heart condition requiring surgery that could not be performed in the Soviet Union at the time.

After the climb, the team raised the money to bring him to the USA and arranged for the necessary surgery to be performed in a Spokane, Washington, hospital. Rustem is now 27 and is getting married soon. His father, Mstyslav Gorbenko, plans on attending the reunion and bringing a video greeting from Rustem.

The public is invited to two special events, with slide shows by the team and a screening of the video about the 1990 climb, "Three Flags Over Everest," narrated by Robert Redford.

The first is 7 p.m., Thursday, Sept. 17 at The Mountaineers Program Center, 7700 Sand Point Way, Seattle. Tickets are $20 for adults and $10 for students and children, and may be purchased in advance at The Mountaineers. Advance purchase is encouraged, as seating is limited. All proceeds benefit The Mountaineers' conservation and youth programs.

The second is a free event at 8:30 p.m., Sunday, Sept. 20 in the lobby of Paradise Lodge, in Mount Rainier National Park. Seating, which is limited, is first-come, first-served.

"This Peace Climb team aims to send a powerful message to world leaders that countries must work together to solve world problems."

Eagle Mountain String Band @ The Keg and I 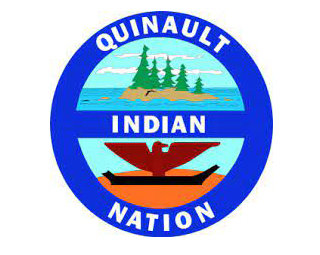