Despite numerous litter laws on the books, volunteers around Port Townsend clean up literal tons of garbage on a regular … 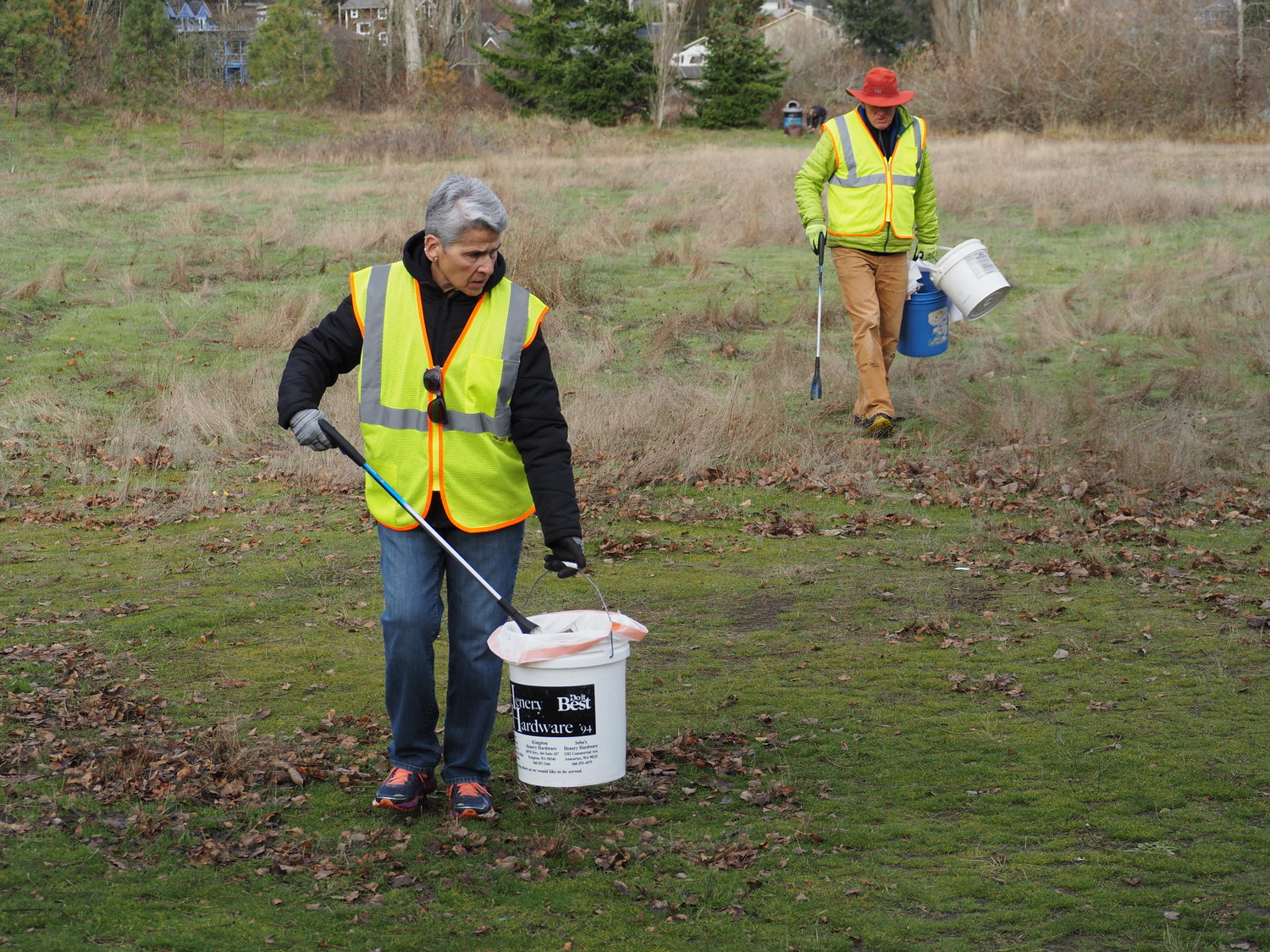 Despite numerous litter laws on the books, volunteers around Port Townsend clean up literal tons of garbage on a regular basis.

Between 2016 to 2021, Stephanie Moran and Dave Winters collected 1,600 pounds of garbage on a monthly basis just between the two of them.

To help her with the great gobs of garbage, Moran started the Trash Task Force toward the end of 2020.

“Sometimes we have to make two or three runs because that’s how much we get,” Moran said.

The Trash Task Force now meets twice a month on second and fourth Sundays, ranging from a handful of volunteers to dozens depending on the day.

While the group has only been around for a few years, Moran has been tasking herself with picking up trash since she was 7.

“Back in the ‘70s they had a commercial that just hit home for me. It was the Native American with the tear running down his face. I’ve picked up trash ever since I saw that commercial, it was that impactful,” Moran said.

She used to pay all the dump fees for the garbage the group collected by herself until March of 2022 when the city began supplying them with equipment and a massive dumpster.

“It’s mostly Bre Ganne who has been incredibly instrumental in helping me take this to a different level with the amount of volunteers and a little bit of funding for equipment. And she even shows up to help once in a while on her day off,” Moran said.

Ganne leads the parks department and helped secure a 30-cubic-yard dumpster at the city maintenance yard, which is used for litter picked up within city limits. For county roads, the group is now given vouchers to cover dump fees.

“We do a lot of downtown on Sundays. There’s a lot on the weekends, a lot of tourist trash, overflowing garbage cans. We also do Discovery Road and Jacob Miller Road a lot because of the dump, unsecured loads, so stuff is blowing out all the time,” Moran said.

The trash they find can be as big as a refrigerator, as small as a cigarette butt, or as surprising as a solo shoe.

“We find a lot of one shoes,” Moran said. “It’s the weirdest thing, like, what happened to the other one?” 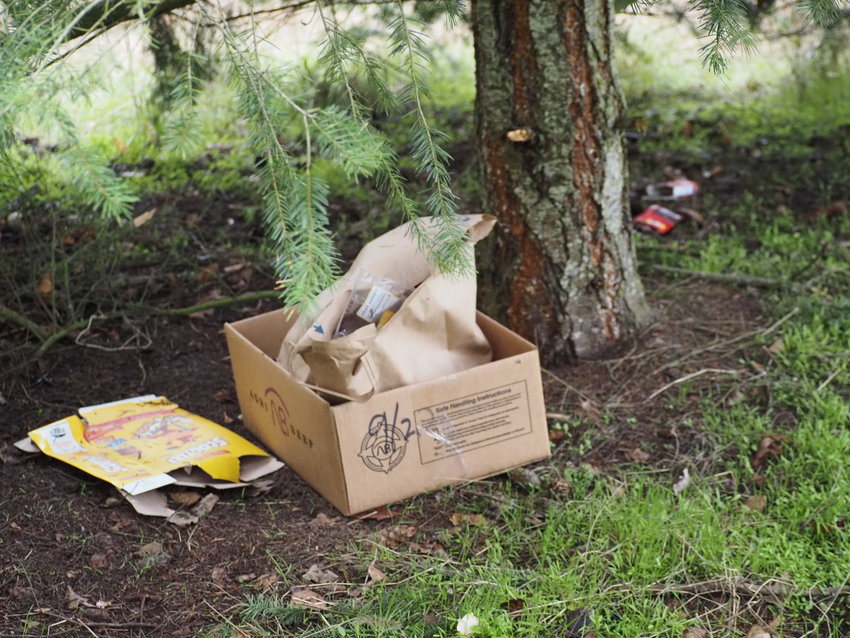 Patches of trash left under trees surrounding the Kah Tai Lagoon property were collected by the volunteers for disposal.

When asked why she thinks people continue to litter despite the laws and obvious environmental impact, she had a few different ideas.

“I think there’s a lack of education in early childhood, I really do,” Moran said.

“I would say a majority of the roadside trash is unsecured loads, that’s a big one. That law needs to start being enforced.”

Another big culprit comes from misguided attempts to keep things out of the trash.

In addition to working with the city on the problem, she’s developed relationships with local businesses.

“I will take useable items to Waste Not Want Not. We pick up bicycles that are left behind, garbage cans, garbage can lids. I mean, you name it,” Moran said.

Next on the detritus docket is a special collaboration with the Port Townsend Marine Science Center called “Cupid’s Clean Up,” on Saturday, Feb. 11.

“Their team will be doing the beaches around town; we’ll be doing the streets downtown. We’ve done some stuff with them before and it worked out really, really well. We collected a lot of trash,” Moran said.

To learn more about the group and its upcoming events, find them on Facebook by searching for JeffCo.Wa Trash Task Force.