A dance of grave and glorious stories and songs will soon spin in the Wheeler Theatre at Fort Worden. 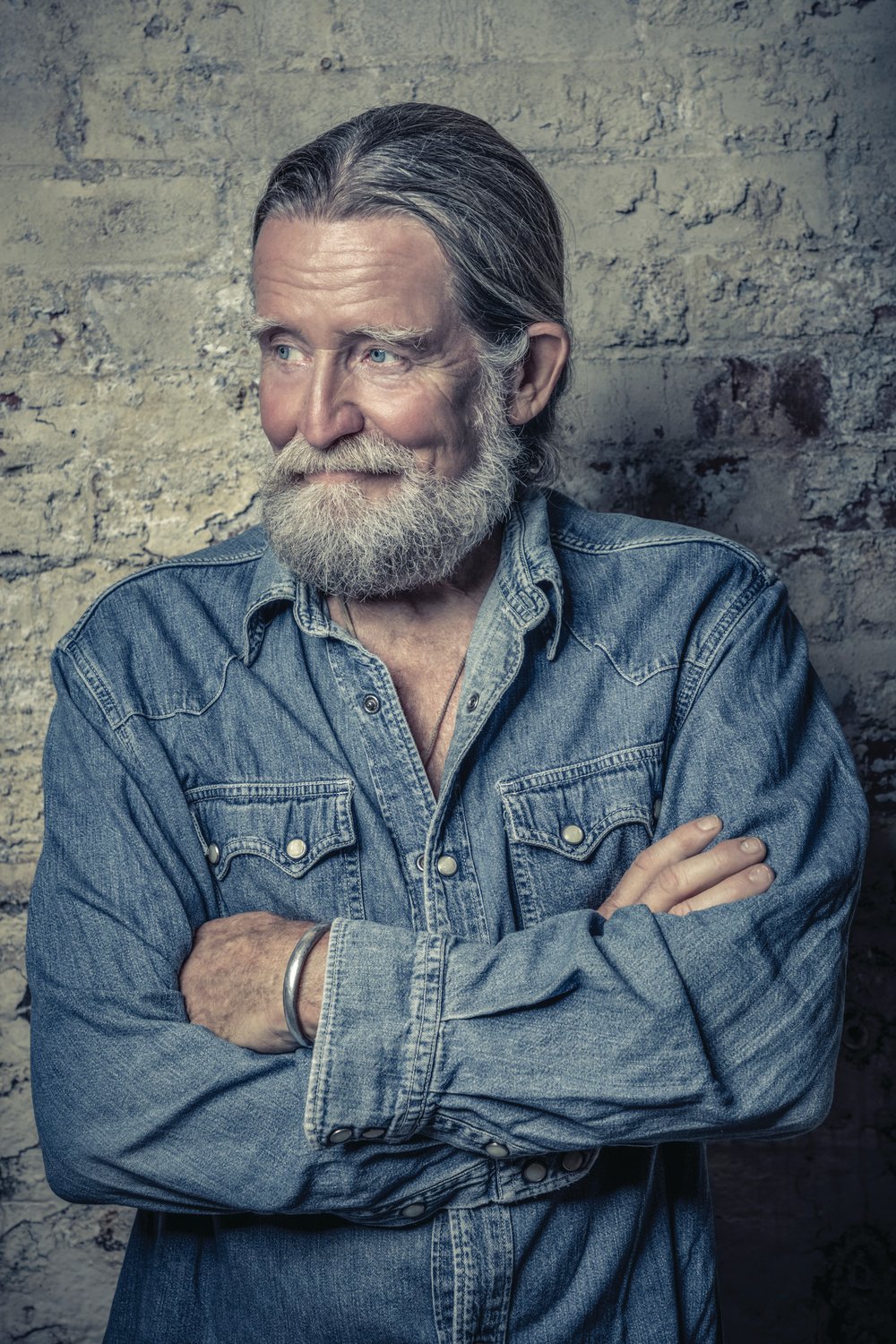 Stephen Jenkinson has master’s degrees from Harvard University (theology) and the University of Toronto (social work). He teaches internationally and is the creator and principal instructor of the Orphan Wisdom School, co-founded with his wife Nathalie Roy in 2010.
Heather Pollock photo, courtesy of Orphan Wisdom
Posted Thursday, October 20, 2022 10:15 am
Derek Firenze
dfirenze@ptleader.com

A dance of grave and glorious stories and songs will soon spin in the Wheeler Theatre at Fort Worden.

Author Stephen Jenkinson and recording artist Gregory Hoskins are on their way to fuse their separate schooling into an evening they say is “part concert, part poetry, part lamentation, part ribaldry, and part lifting the mortal veil and learning the mysteries there.”

What do they call such a thing? Nights of Grief & Mystery.

On Wednesday, Oct. 26 exactly that will be performed at the fort just as they have to sold-out crowds in Australia, New Zealand, Canada, England, Scotland, Wales, and Iceland.

It’s been a long road to this stage.

“I was a one-man show for all of these years. I did a lot of public speaking and touring all over the place,” Jenkinson said of his time before collaborating with Hoskins.

“I couldn’t defeat the summons.”

Jenkinson first began talking to crowds about his work in palliative care, which he turned to after becoming disenchanted with social work.

“In my case, I glimpsed the limits of the psychological orientation,” he said.

“The dilemma presented itself this way: You could say it was a mad world that drove somebody to my door, and that would be true, and to a mad door I would release them unchanged by the hour that we spent together. They might be changed, but the thing that drove them to me was exactly the same on the back end of anything I did with them,” Jenkinson said.

Subsequent to spending years of seeing clients in a more traditional office, he found his way into palliative care.

“I realized at some level as I began to work in the death trade, as I came to call it, that people’s principal dilemmas with death were culturally driven. Which is to say that the terrible choices they had before them as to how they would die were all culturally ordained, all culturally provided, culturally endorsed, and culturally employed,” Jenkinson said.

He decided that the way to correct a cultural problem would have to be beyond individual work.

“If I was going to do anything that I could live with myself in doing, it would be if I could take on the culture and specifically the death phobia,” Jenkinson said.

Before his master’s in social work, though, Jenkinson thought he would join the clergy and attended the Harvard School for Divinity.

Instead, he crossed paths with Hugh Morgan Hill, also known as “Brother Blue,” a storyteller, musician, actor, and street performer based in the Boston area.

“He was such a radicalized incarnation of what a human is capable of,” Jenkinson said of his now-deceased mentor.

While he could tell Hill was a breed apart, the apprenticeship made no sense to Jenkinson at the time.

“He was a storyteller, which I thought at the time was the ghetto of children’s entertainment,” Jenkinson said.

Still, he could not resist Hill’s pull and ended up playing in his band off and on for seven years learning the skills he now displays.

A series of synchronicities aligned those abilities with Hoskins, a complete stranger at the time, when he reached out to try and collaborate on writing music with Jenkinson.

“I say: I don’t know anything about songwriting. He says: No, I’ve read stuff that you’ve written and you’re pretty close whether you know it or not,” Jenkinson recalled.

Just a few days later, Jenkinson also happened to receive a call offering him a grant to tour the U.S. sharing his stories.

With enough money to assemble a band, Jenkinson decided it was a message from the universe and hit the road with Hoskins, throwing caution to the wind.

“With no rehearsal — some discussion, but no rehearsal — we were on a stage of a recital hall in New York City to a sold-out house with no idea what we were doing. That’s how it began.”

This “it” is still hard to describe even after years of touring. The words they use often involve as much negation as they do description.

“We aren’t poets, maybe, but the evenings are poetic. They are musical and grave and raucous and stilling, which probably means they are theatrical.”

Hoskins brings a dynamic folk/punk style sumptuously suited to the dark tone that inescapable sticks to any art that has spent time soaked in the subject of eternal sleep.

And yet they claim an undeniable spark in their performances as well.

“They are nights in which love letters to life are written and read aloud. There’s some boldness in them,” reads part of their pitch.

Jenkinson is no huckster, however.

“We’re not selling anything. We are, to a certain degree, capable of being articulately troubled aloud,” he said.

Such direct dealings with grief are akin to the mourners for hire from throughout ancient human history, yet are so unfamiliar to today’s Western audiences.

“They don’t know what they’re looking at. Why? Because what we’re doing is so old. It’s not because it’s new or it’s genre-defying,” Jenkinson said.

“It’s not really theatrical, it’s ceremonial. It’s older than theatre because it does away with the old pretensions about audience — and about script to a large extent — and invites, if you will, the other world into the proceedings.”

After seven years, two short films, and three full-length recordings, plus a few years of pandemic incubation, they return to the road. Individual tickets are $39, but gather around in groups of three or more for $29 each at tinyurl.com/griefandmystery.