The four-unit apartment building on Cherry Street, called the Carmel building, has been sitting on blocks behind the Grace Lutheran Church since 2017. On June 24, it was finally lowered onto its foundation.

The four-unit apartment building on Cherry Street, called the Carmel building, has been sitting on blocks behind the Grace Lutheran Church since 2017. On June 24, it was finally lowered onto its foundation.

The building was barged from Victoria, B.C. and placed on blocks at the property in 2017. In April 2018, Homeward Bound filed permits to begin construction, and the city approved a bond of $834,000 to Homeward Bound for the project. But the project hit a delay with the reorganization of Homeward Bound’s board, and with the sudden departure of the project’s original contractor.

The plan was to build a foundation under the building and build up walls for four new units to be built underneath the existing building. It wasn’t until after the reorganization of Homeward Bound’s board and after they were able to secure a contractor, Pacific Environmental, that construction could begin.

Pacific Environmental is a local company that builds commercial properties and gas stations and undertakes property remediation in the Northwest.

This April, Pacific Environmental crews broke ground, building a foundation and plywood walls, as well as beams the building could then be lowered onto.

“This is immense,” said Justine Gonzalez-Berg, communications director for Homeward Bound. “This moment is so small and yet it is the culmination of countless hours of different parties meeting, finding a contractor and so much work from everyone. There were so many times when we thought this was going to happen and it was delayed.”

Construction workers from Pacific Environmental lifted up the building, which weighs 135,000 pounds, with heavy-duty jacks, removing the cribbing and steel beams that held the building in place, and lowered it onto the plywood walls and posts, said construction head Dave Sether.

Now, Homeward Bound can begin phase two of the project.

“Phase two includes rehabbing the existing four apartments and building the four new apartments on the first floor,” said Tobi McEnerey, a board member and chair of Homeward Bound’s Cherry Street committee. “The first floor apartments will be one bedroom apartments.”

Homeward Bound is a community housing trust that works to provide affordable housing for people who make 30 to 80 percent of the national median family income of $58,900. The building will be renovated into eight apartments for people living in that income bracket. Five additional units are planned for the property, Gonzalez-Berg said.

“The building is so plain from the outside, but I got the chance to go inside it last year and it has a stunning view,” Gonzalez-Berg said. “For me it’s inspiring to know that view will be available for people who wouldn’t be able to afford a view like that in a house uptown Port Townsend.” 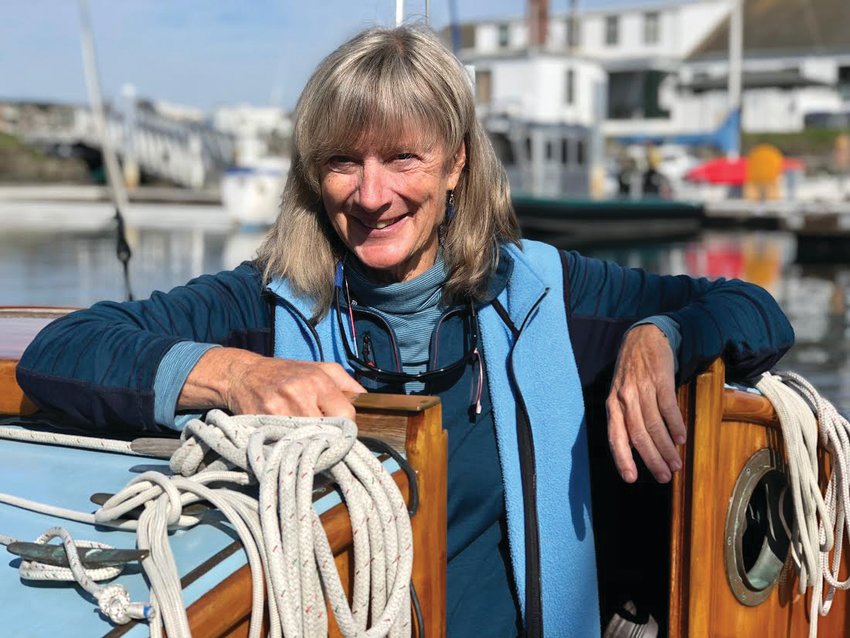