Celtic guitarist to rain lightly along the frets

With flying fingers picking out Celtic histories at light speed, Tony McManus has made a name for himself as the world’s premier Celtic guitarist.

McManus’s road will rise up to meet …

Celtic guitarist to rain lightly along the frets 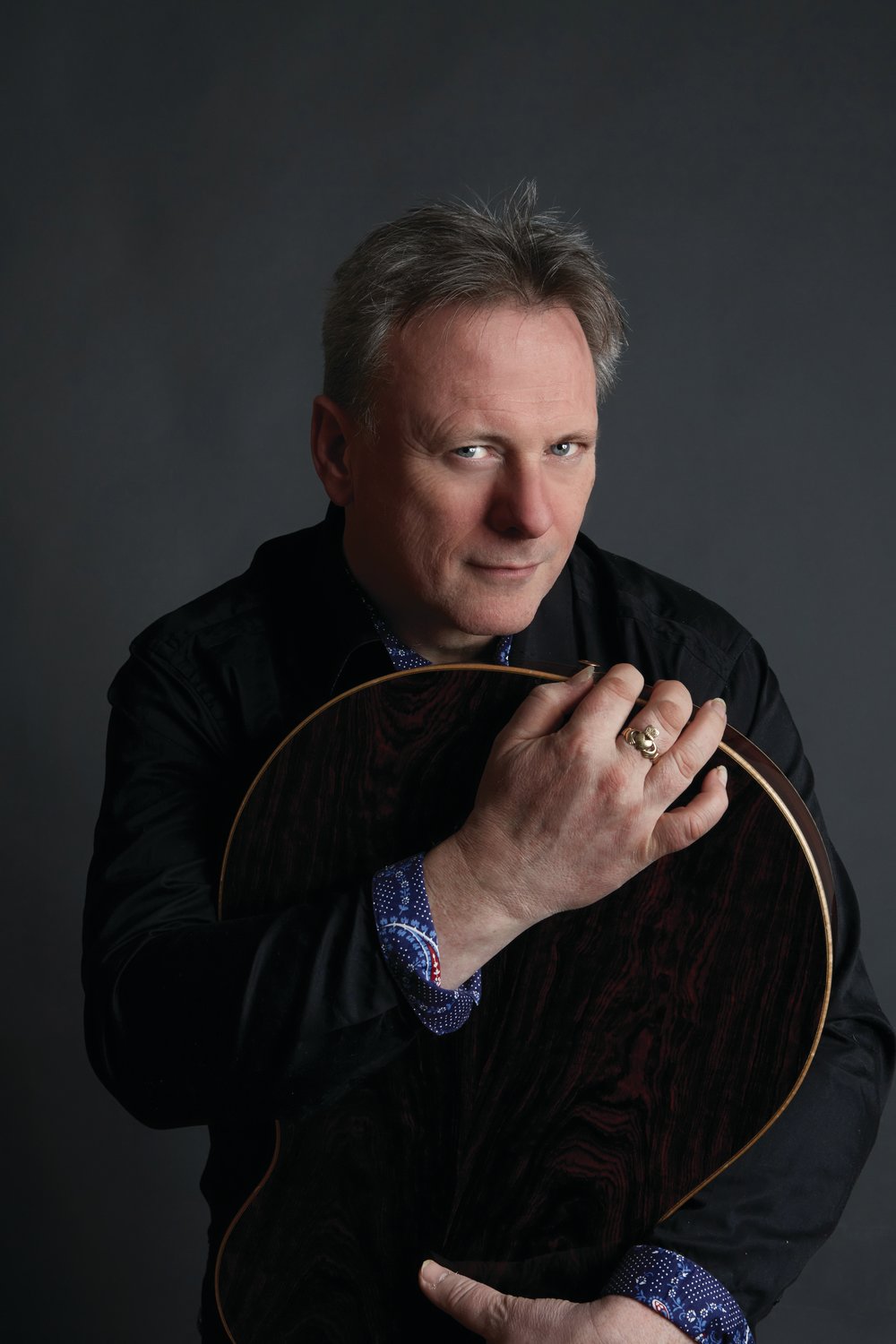 With flying fingers picking out Celtic histories at light speed, Tony McManus has made a name for himself as the world’s premier Celtic guitarist.

McManus’s road will rise up to meet Port Townsend at The Palindrome on Thursday, Sept. 8.

This god of the guitar is known for holding audiences in the palm of his hand with not only skillful picking, but measured melodies marked in exactly the right places with silences that allow his flawless technique to echo out.

In early childhood, McManus began burrowing into his family’s small but mighty record collection for comfort. Among the vinyl he found himself at home.

While the acoustic guitar is not a traditional Irish instrument, it’s hard to remember that from listening to the way McManus plays it. He first tried his hand at the fiddle, whistle, and mandolin, all more common to the Celtic genre, but it was at age 10 that the he finally got to grip the guitar.

“It was what I always wanted to do,” McManus said. “I was 10 in 1975 … The guitar was front and center on TV. Every rock band, the guitar player was the hero. It just seemed to be a part of culture I wanted to connect with and it didn’t matter if it was rock guitar, folk guitar, classical guitar, flamenco guitar; any time I saw a guitar on TV I was fixated.”

Now, his ability to bend the melodic nuances of both ancient and original compositions along those six strings simply astounds.

Melding bagpipe scores onto the guitar was just the start for McManus. He has also transformed classical music, jazz, and even Eastern European tonalities into elements he alchemizes with a fiery fusion all his own.

Perhaps some of that consistency in his ability to multiply and combine notes comes from the fact that he was halfway through a doctorate degree in math before music won the right to be his livelihood.

“I ended up getting completely sidetracked into academy before the penny dropped and I ran away and joined the circus,” McManus said.

“I had no plan. There was no strategy,” he said with a laugh.

His music career, like many, began by hitting every open mic and pub session he could find, eventually graduating to hosting a session of his own.

“I imagined at some stage, some band would ask me to join, or I would form a band and I’d be part of some larger ensemble. But that’s not the way it worked out,” he said.

Instead, he kept at his solo strumming and dabbled in duos that helped to form his fervor.

Brian McNeill, a Scottish multi-instrumentalist, was a major influence. McNeill took McManus under his wing and pushed him out of the nest into grueling tours where he humped the gear and got a true taste of the professional musician life.

“Brian toured with an awful lot of gear. We had our own P.A. system. He toured with 17 instruments. It was hard work and it was up to me to decide, ‘Is this what you want to do?’

McManus’ own history now includes a long career of solo albums, duets, and collaborative work with a lengthy scroll of guest appearances.

These days he continues to tour solo — which is how he’ll be found at The Palindrome — though he also still plays well with others, managing to always make any duet sound like soulmates on a first date.

And while McManus’ repertoire branches out by accepting challenges like Bach’s behemoth “Chaconne,” his Celtic roots hold firm. Having Irish parents raise him in Scotland gave McManus a deep connection to both of those unique yet interrelated traditions.

The mist-fogged lens America glimpses Celtic culture through, however, with its druids dancing in tandem to fae folk, is not how McManus sees it.

“I try from the get-go to kind of dispel that aspect of it … I think of this as basically working-class music,” he said. “There should be a bit of grit.”

While he admits at first he shied away from the step dancing aspects, he has come around to that at least, so those who feel the spirit move them should feel free to follow the call which is easy to hear in his jigs and reels.

He still plays mostly medleys of those old songs, but accents them with plenty of improvisation.

“There’s room for personal expression in these tunes, which is a lovely aspect of it,” he said.

For a chance to hear him stamp that expression across the frets, tickets are available through Brown Paper Tickets at tonymcmanus.bpt.me.