Hadlock is about to get off the hook.

No, no, don’t worry, no one is losing their catch of the day. 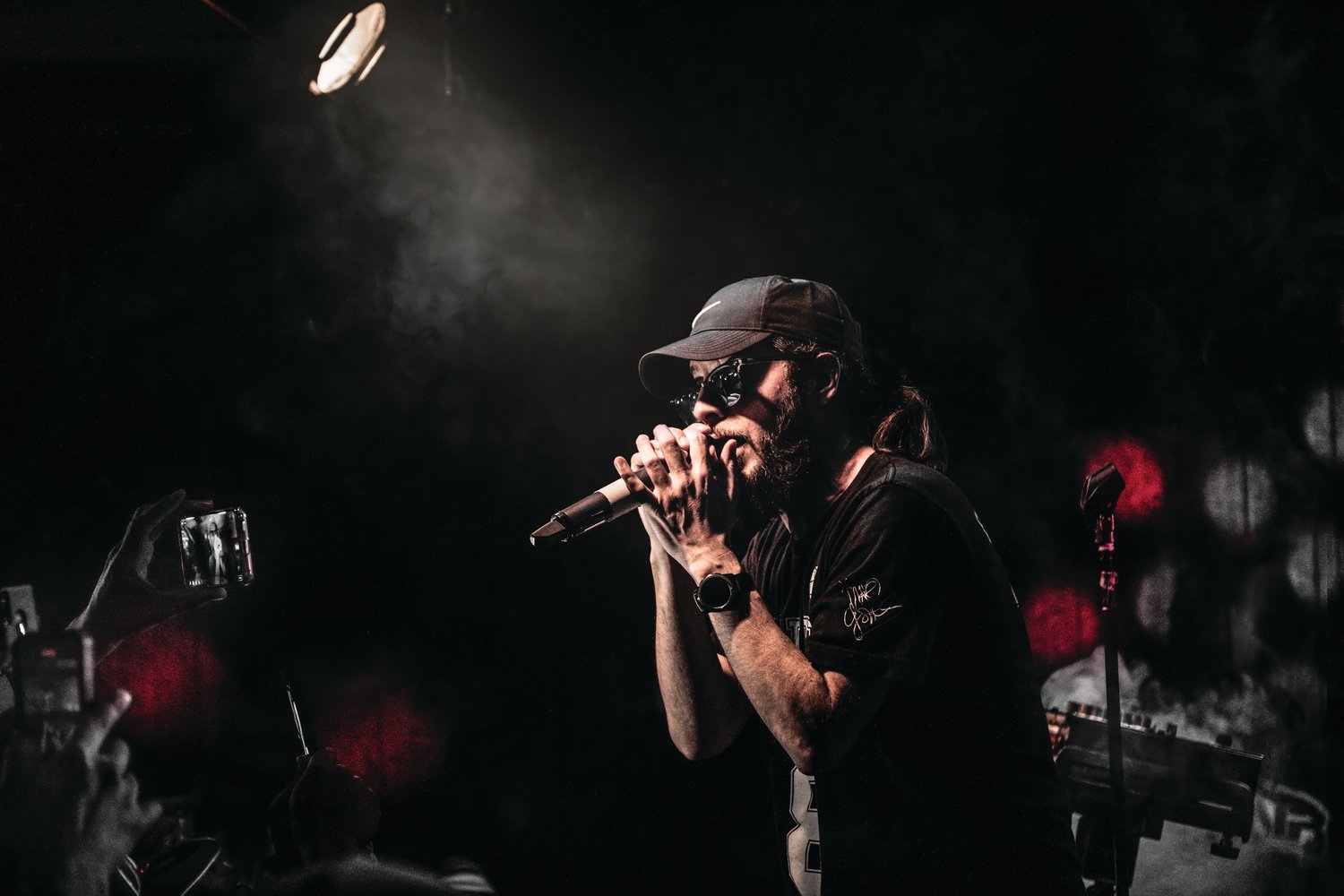 Better known as Ubi, Mike Viglione previously toured with his group Ces Cru before striking out on his own with his 2019 album “Under Bad Influence.”
Photo courtesy of Mike Viglione
Posted Thursday, January 19, 2023 10:24 am

The music game has changed. You can do a lot by yourself.”
Mike Viglione, the rapper Ubi
What’s goin’ down

What: A night of hip-hop.

Where: The Crazy Otter is located at 141 Chimacum Road in Port Hadlock.

Admission: $20 at the door with a $15 VIP upgrade with a guaranteed meet-and-greet.

Hadlock is about to get off the hook.

No, no, don’t worry, no one is losing their catch of the day.

A long night of hip-hop is booked in Port Hadlock at the Crazy Otter with Midwest artists Ubi from Ces Cru as well as C-Mob.

Joining those heavyweights will be the hometown alumni KNOTHEAD, Endgame, and L3fty, with DJ Gerze on the ones and twos spinning old school hip-hop.

The show was originally scheduled for 2022, but after the windstorm in November knocked out power, organizers were forced to reschedule the show for Saturday, Jan. 21.

Mike Viglione, also known as Ubi, short for Ubiquitous, first started writing his own raps in 1997, but his history with hip-hop goes back even further.

“I started hearing hip-hop in the ‘80s,” Viglione said. “My older brother had a Young MC tape and there was a song on there called ‘The Fastest Rhyme.’”

“I listened to the tape and I would write down four or five words at a time, stop, rewind, go back, listen to it, get another five, six words, you know, and I wrote down the whole ‘Fastest Rhyme’ so I could read it and memorize it.”

“That was the first rhyme I ever memorized.”

After he started writing his own work, he quickly moved onto freestyle rapping off the top of his head, and began pushing his art forward on stage.

His lyrical style has always been known for having cutting social commentary with a self reflective edge that still has plenty of bravado.

Honestly, you rap dudes are sorta like Pokemon to me

the way I hunt em down, throw my balls around

and end up with another trophy on the street.

livin’ outcast, so whatever the in fad, I never been that.

“Why do I make social commentary? I don’t know, I guess I’m just kind of logged onto that stuff. I pay attention to society and that creeps in as a reoccurring writing subject,” Viglione said.

“It’s pretty easy to turn a blind eye to all that stuff, you don’t really have to pay attention to anything you don’t want to. You can create whatever sort of bubble you like, but I definitely am logged on to what’s going on in the world, in our country, and even outside our country. I try to keep an eye on it.”

He moved from Colorado to Kansas City, Missouri in 2000 and that’s where he met Ces Cru, the group he would eventually become one of the last remaining members of.

“At the time it was a whole mess of people in Ces Cru. It was Perseph One, and Sorceress, and General Ali, DJ Soul Supreme, Mad Dog 20/20, Godemis. It was a big posse and I was the last one inducted,” Viglione said.

The group got signed to Tech N9ne’s label Strange Music and put out a number of albums during their more than a decade-long contract. Their 2014 album “Codename: Ego Stripper” debuted at number 40 on the Billboard 200.

Over time, some members moved away, some went to jail, and it just whittled down to two, Viglione said: Ubi and Godemis.

The two toured together intensely before it seemed time was up. Ces Cru’s contract with Strange Music came to a close, and Viglione took off on his own, putting out his first solo album, “Under Bad Influence,” with Strange Music in the dreaded year of 2019.

“We all went through the pandemic and that was dead space for music and artists in general. So everything slowed down and stopped. All the touring stopped,” Viglione said.

At the time he was still signed with Strange Music, but late in 2020 the label released a swath of artists from their contracts, including Viglione, who was working on his second album at the time.

“All of that got put to the side when all of us got released,” he said. 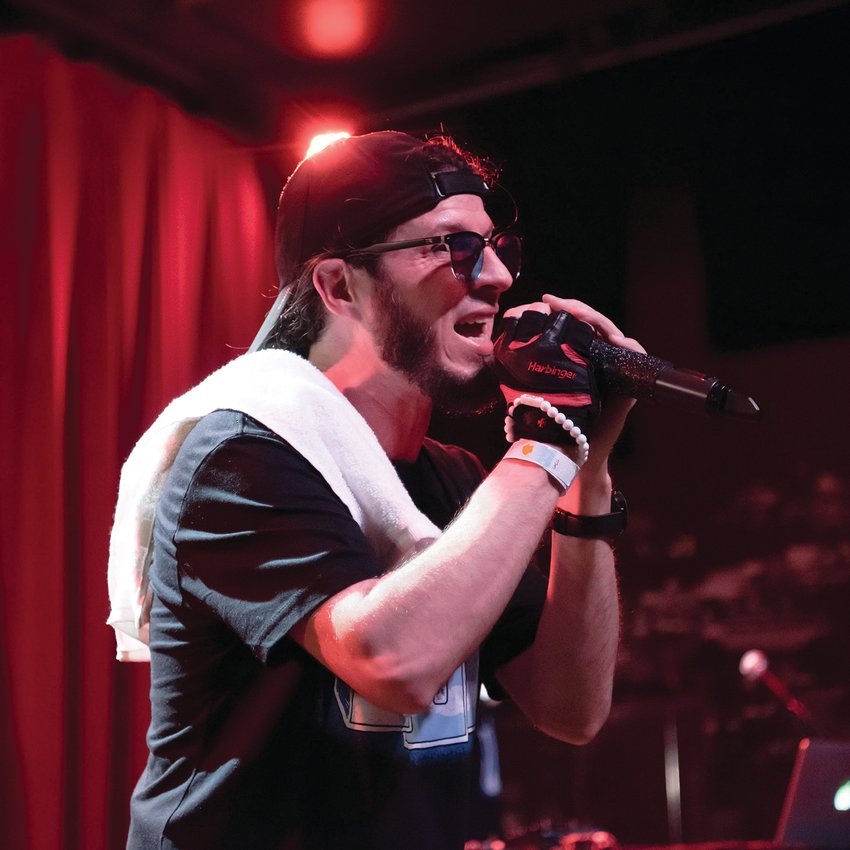 Ubi is currently touring with new material that he plans to release in the first quarter of 2023.

Since becoming an independent musician, he’s realized how much the industry has changed and has been rethinking whether he even wants to be signed to a label again.

“Trying to get signed was definitely a goal in the past, but I don’t know if that’s really a goal anymore. Not that I’m opposed to being signed to an imprint, but I think that rather than trying to get signed, I think I would have to get pitched at this point,” Viglione said.

“The music game has changed. You can do a lot by yourself,” he added.

“I think the biggest change has been physical product. That has almost completely died out. Back in the 2000s, getting your CD into a store, like your CD selling at Best Buy or your CD selling at Target or Walmart or whatever, was a massive goal to really get your music into the hands of people. But now that’s all gone.”

He’s managed to find his way through the streaming seas and continued releasing singles on his own.

“I’m currently working on an album that’s under wraps at the moment, but I’ve got plans to put new solo music out this year,” he said.

Some of that new music will be getting tested out at the show at the Crazy Otter.

Over the six-hour spread, Viglione said it’s certainly possible there might be some collaborations as he’s worked with C-Mob on tracks in the past, but nothing is set in stone for the set yet.